#ZephirProject : Watersports on their way to a major revolution !

In sports, pushing the limits never reached by human beings is a classic challenge. Recruiting and managing a multidisciplinary team of experts to reinvent technological, psychological and industrial benchmarks is a completely different matter!

This is the ambitious challenge we have set ourselves with

Antoine Albeau, the most successful sportsman in the history of French sport with 25 world windsurfing titles and the current world windsurfing speed record holder with 53.27 knots (98.65 km/h). Together, based on my philosophy of Ultraperformance, we structure #ZephirProject around people and innovation, bringing 80 people and 50 companies into our adventure.

To take back their record from the boats (65.45 knots or more than 121 km/h) by cracking the code on the surface of the water. For that we have to revolutionize the world of windsurfing by creating a more efficient and safer equipment.

If the human being is at the center of the watersports, it is also and above all the heart of the Zephir project. 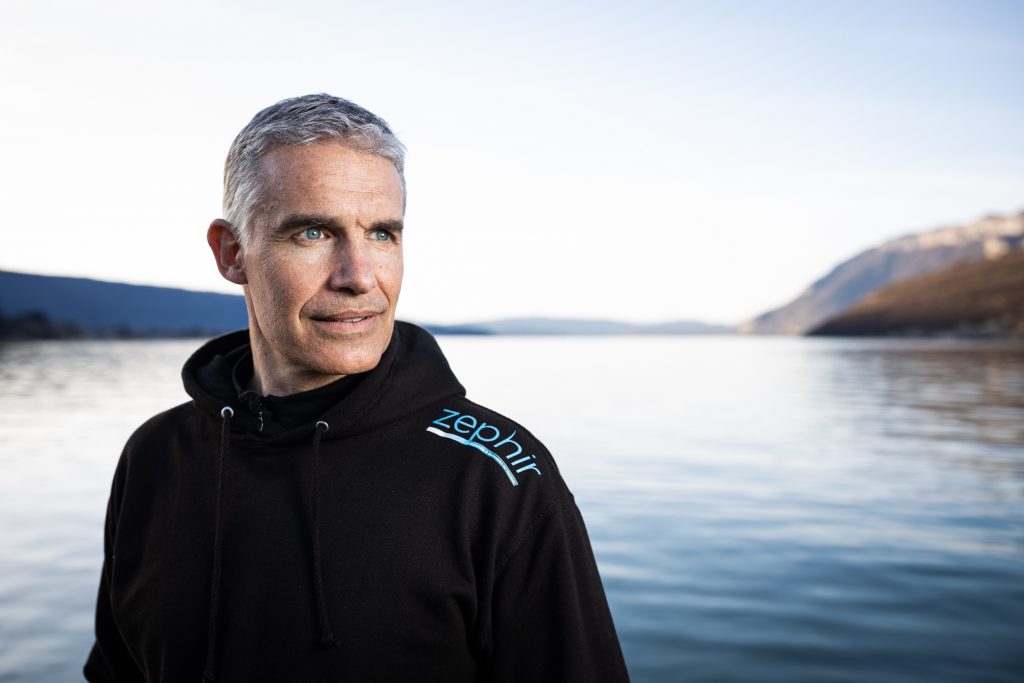 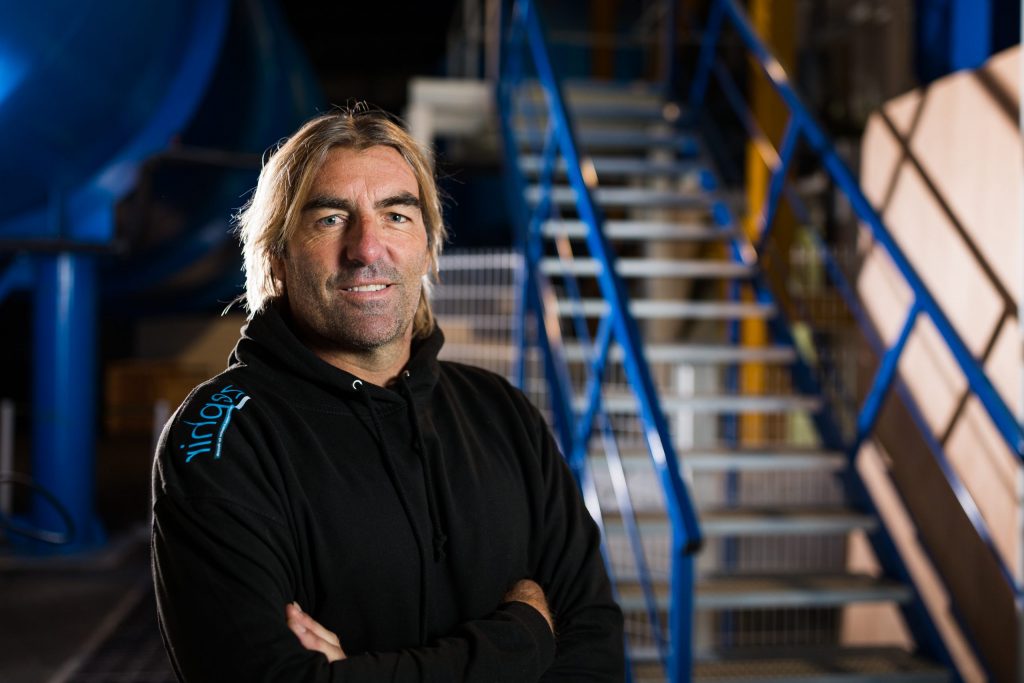 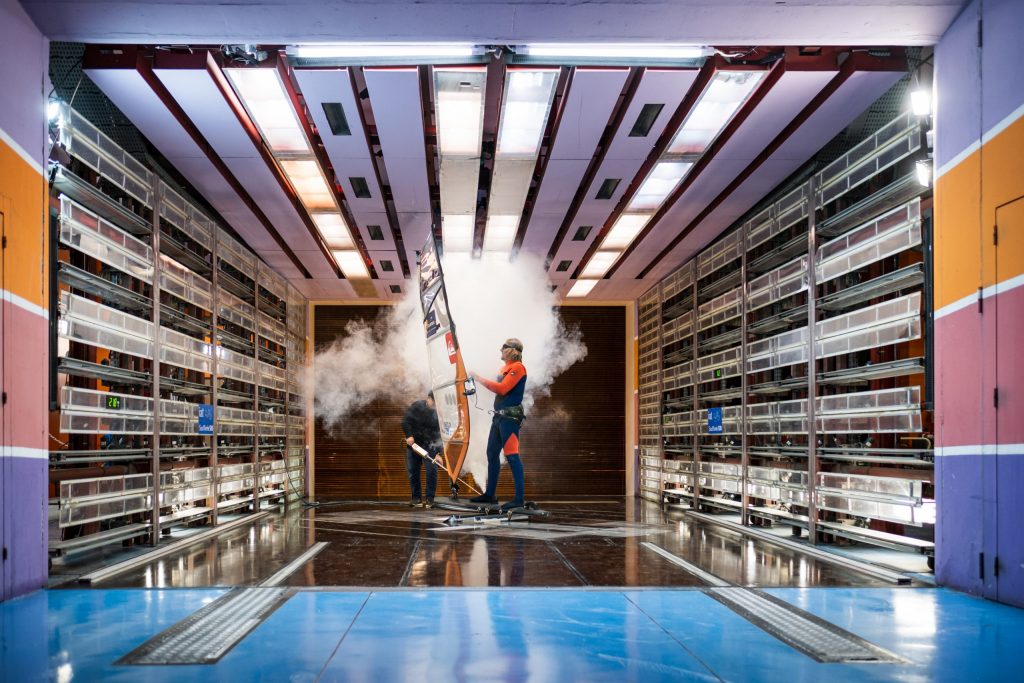 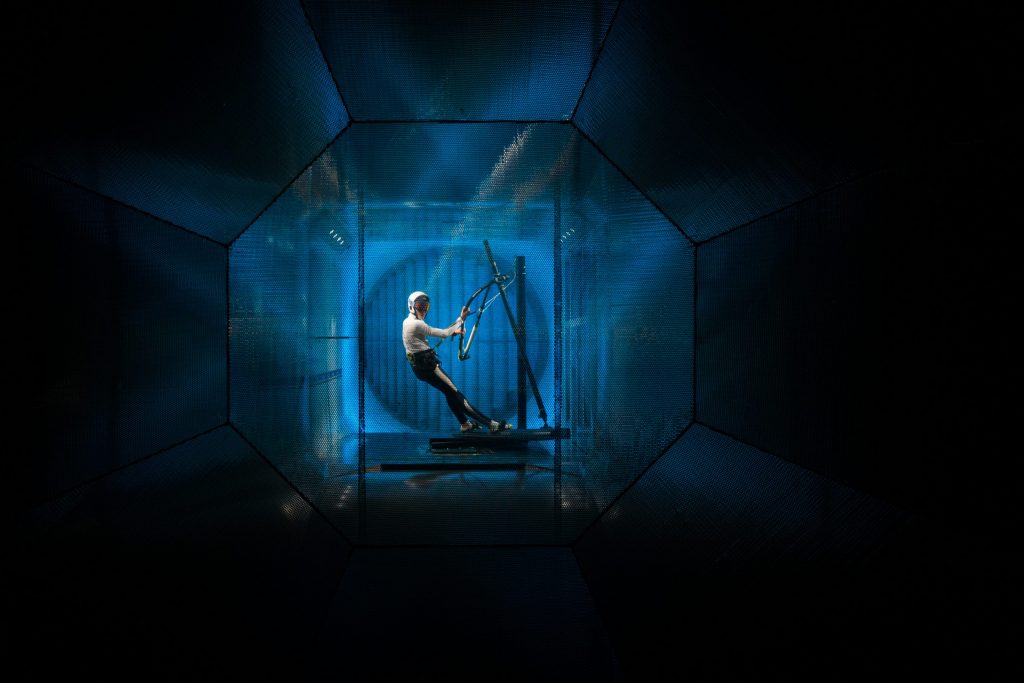 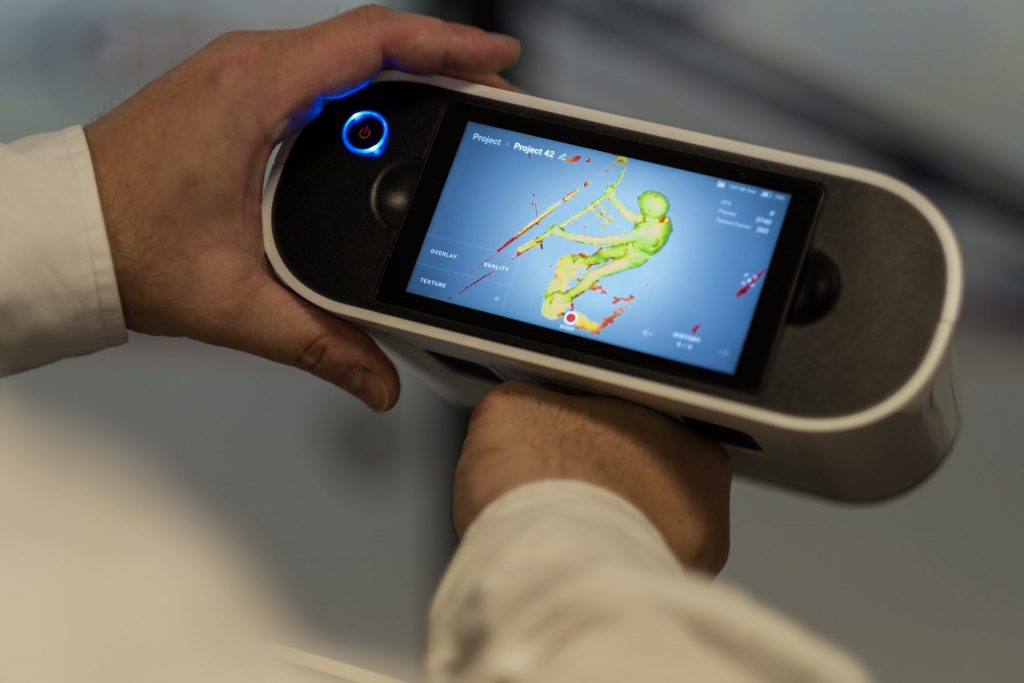 Fundamentally attached to the transmission, an undeniable factor of success, we also rely on the young generation as witnesses and actors of the project.

At the heart of this technological and managerial breakthrough, the human being is driving a new balance between industry and elements of nature. 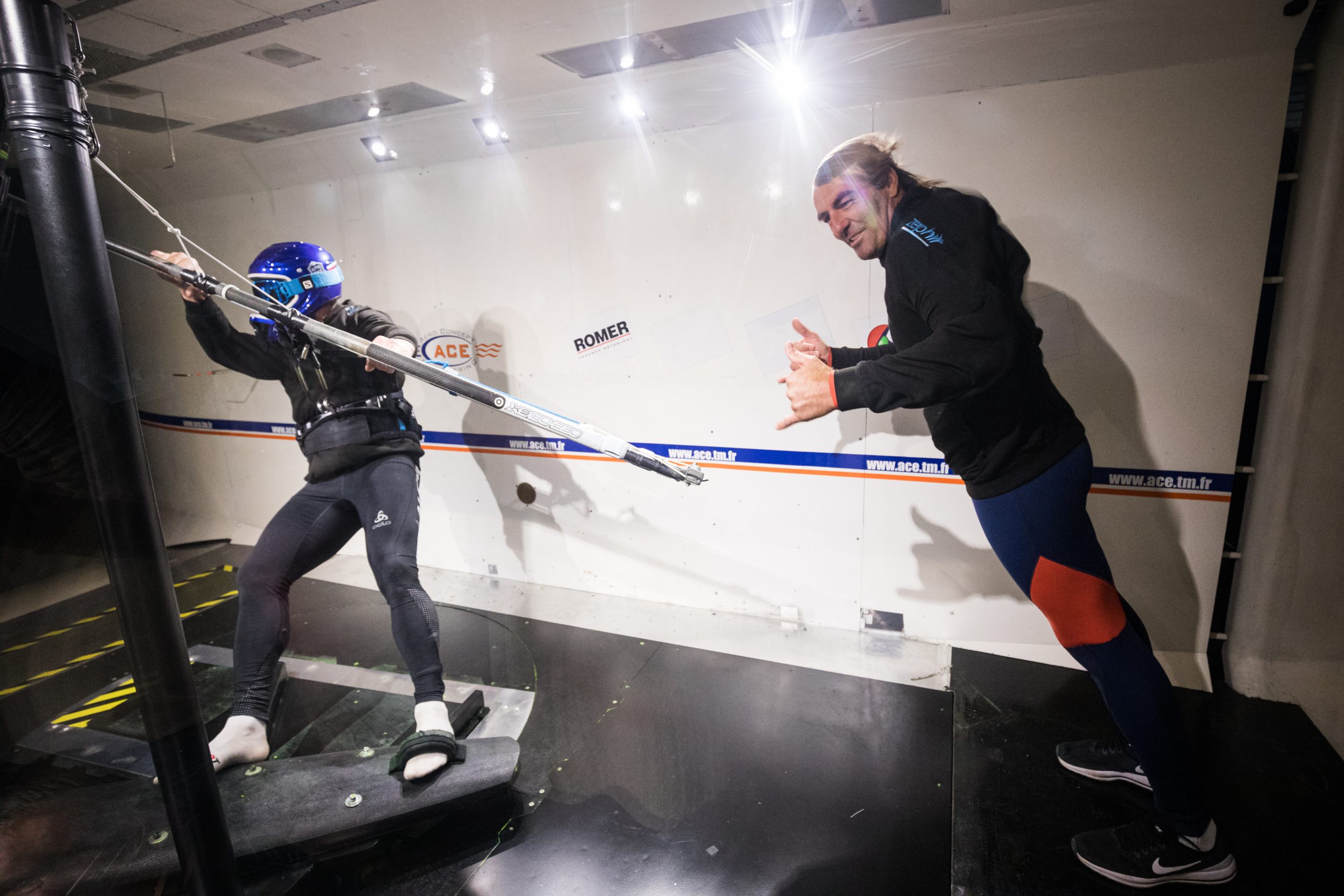 Antoine Albeau in the wake of Eric Barone and his several MTB speed World Records, here in the ACE Magny-Cours windtunnel

#ZephirProject, a concentrate of technologies

Zephir is an industrial project that promotes innovations and patents in many fields. Its strength lies in the synergy of multiple skills and know-how, and in bringing together people who would never have met without this common project. Through an innovative management model based on UltraPerformance, we generate unprecedented results and technological advances that we put at the service of high-level and leisure sports.

The milestones of the Zephir project

The dynamics of this project are such that it is taking off without being held back by the crisis and its difficulties.

On December 3, 2020, we experienced the official launch of #ZephirProject with 4 days of world premiere in the wind tunnel, first in Magny-Cours at ACE and then at IAT-CNAM in Saint-Cyr l’Ecole.

These days allowed the team to explore further the flows on Antoine Albeau’s world record material, as well as a “motion capture” of the dynamic movement of his sails and body using animation film technologies. For analysis purposes, “conceptual designs” developed at Centrale Lyon 30 years ago and other prototypes have been the subject of new experiments.

The Media talk about it 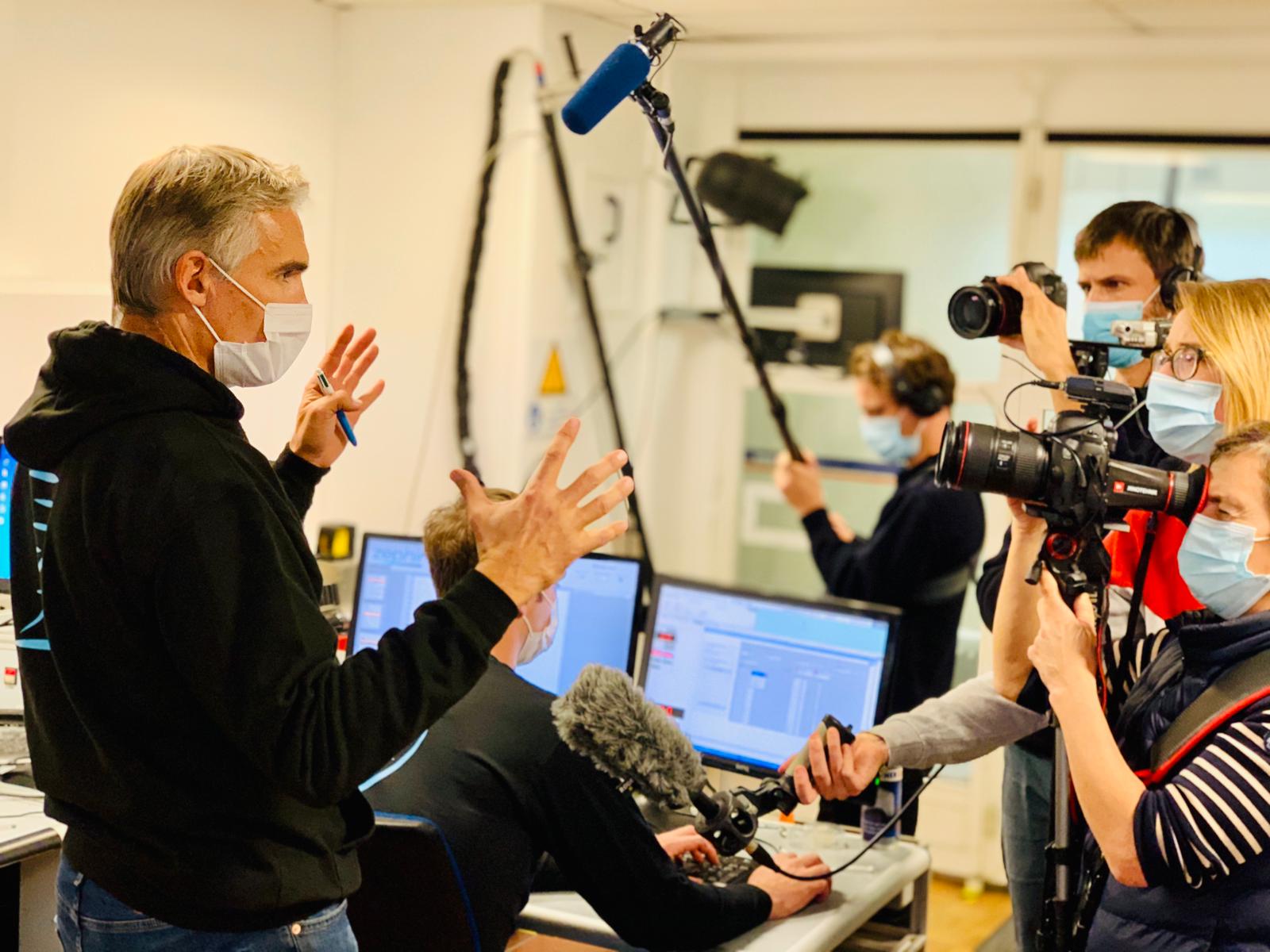 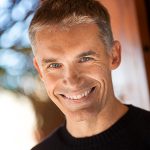 OUR VISION OF SOLUTION

For any request for a talk, please send us a message and we will get back to you asap. Pour toute demande de conférence, merci de nous envoyer un message, nous reviendrons vers vous rapidement.